I’ll try to make this brief and photo laden, as I’m typing with only 8 fingers.

Yes, I had a couple of shearing accidents today, and no, I didn’t actually lose any fingers, but we’ll get to that later!

Last night the sheep camped out in the barn so they’d be nice and dry this morning for shearing.  That worked out quite well, and so we got started at about 9am.  Here is everyone awaiting their fate!

What are you planning to do to us this time anyway, huh?!

Since Daisy is our first lamb, and because she’s so docile, we decided to shear her first.  She was a little shy, but over all she did quite well. 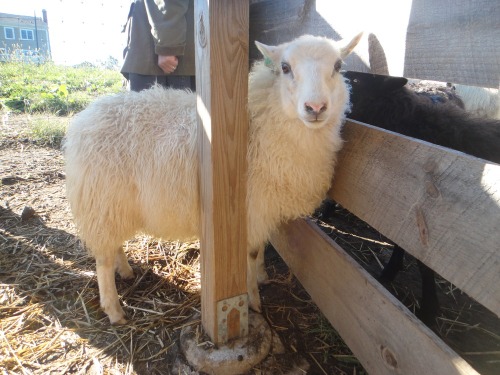 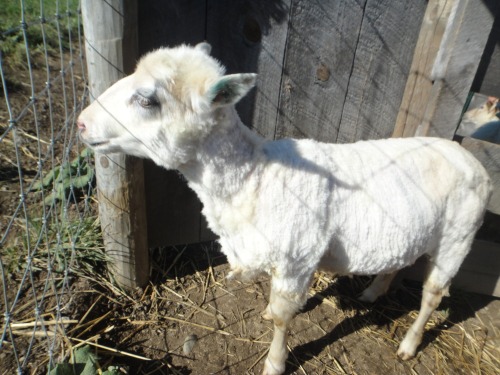 Her mom, Matilda, followed.  Here are her before and after shots:

Here they are, mother and daughter, returned to the pasture and getting a head start on everyone! 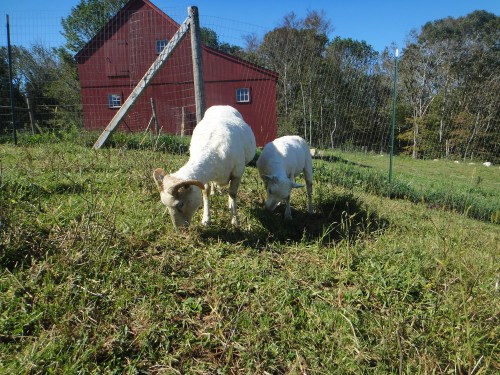 We then sheared Esther and her mother, Roxanne.  I remember commenting early on how silky Esther was, and that hasn’t changed one bit!  Her fleece is lovely! 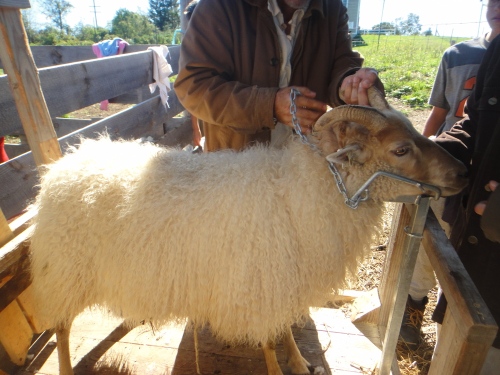 Sometimes a bit of blindfolding helps to calm them.

I think it was Roxanne’s squirminess, though, that earned me my first bandaid.  I knicked my fingertip – what I thought was pretty badly…but in retrospect, it was nothing compared to my next injury!

Next it was Monty’s turn.  We remembered back to his first shearing a year ago – boy, he’s come a long way!  We’ve decided he just likes to have minimal restraint, so that’s what he got.  Actually, they all have their little idiosyncracies that way – some hate to be on the stand – some try to sit down the whole time, etc.

Now I was ready for another lamb, and I knew Boomer would be a good boy.  He was – but I think by then I was getting pretty tired, and in a flash I saw a little bit of my fingertip say “bye-bye”!

Ya know those times when you hurt a body part – and you know there is blood involved – so you grab whatever you have on hand to cover it, then squeeze it to stop the pain – and blood — then are convinced you’re never gonna stop squeezing it because, number one, you know it’s going to hurt more, number two, you know it’s gonna bleed more, and number three – you just can’t bring yourself to knowing and seeing how bad it really is?

Yeah – YOU kno
w what I’m talking about, Boomer!!

Yep -that’s where I was about then! 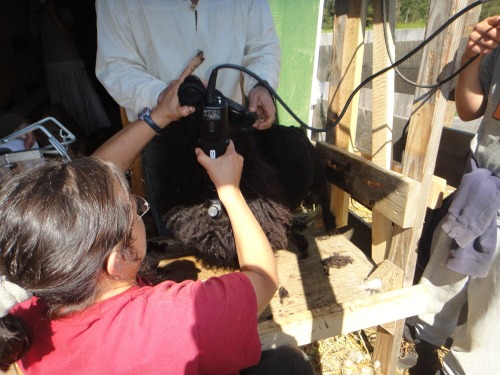 Anyway – I bound it up and quickly finished him and it was definitely time for a lunch break (and some first aid!  Roy did a nice bandaging job, and commented on how bloggable this moment would be (way to show pity, Roy!)) and after lunch and a bit of a rest, we were back at it.

Bruna’s turn now.  I have been dying to see her wool, and we weren’t disappointed!  It is so beautifully colored, with a deep chocolate brown close to the skin, lightening to an almost auburn at the tips. 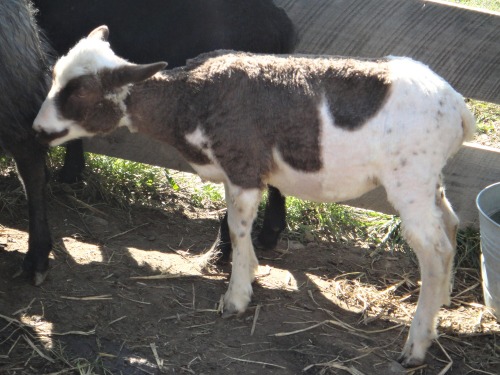 We decided to stick with lambs for a while, so we sheared Laverne and Shirley next.  Their wool is almost identical, as I had expected.  Their before and after pictures are probably the most striking: 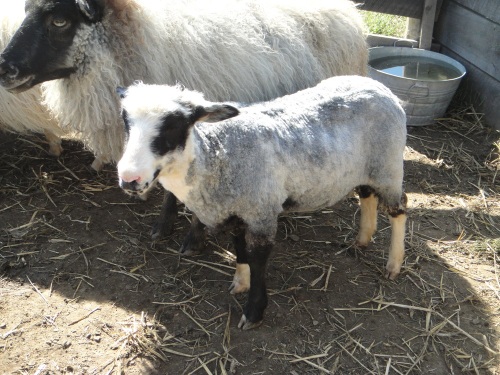 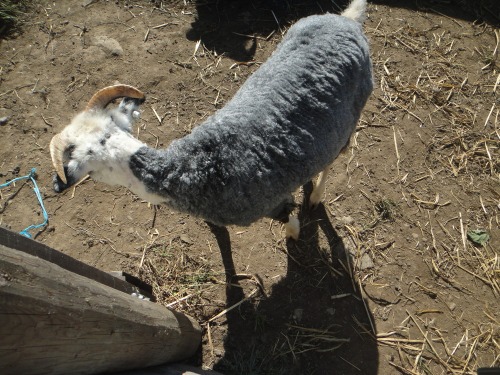 Then we sheared Millie’s twins, Drover and Fatima.  They are our shyest lambs, so we expected a bit of a rodeo with them, and they delivered.

Lastly, we ended with the ewes…

Millie was SO good…

Bindi was as good as her lambs were – her wool is AWESOME!  Amazing color contrast and lots of crimp, tog as well as thel! 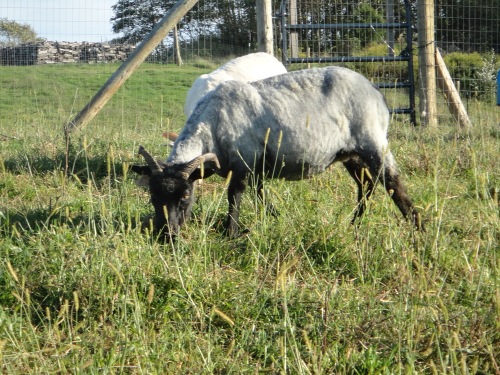 Molly.  Well, all I can say is, thank goodness she was the last one, because I was out of energy, and she was very naughty!  Most of her shearing was done with her lying down!  She didn’t like being on the stand and she hated the head restraint.  We just did what we could, then got the rest when she finally stood up.  Really nice gray…

8 hours later – we were exhausted.  The sheep were a couple pounds lighter.  My finger was a gram or so lighter (not counting all of the bandaging!).

But what a rewarding day it was!

However, I think I’ll stay away from sharp instruments tomorrow!

One Reply to “Fall Shearing”