Last year our BFF’s at Tomcova Farm came over for dinner.  No, they didn’t bring us a bottle of wine.  They brought us a mason jar of homemade lard and some incredible cinnamon pastries that they had made using pork lard!

You may say – LARD!  That’s what our grandparents (great grandparents) had to use because they didn’t have awesome hydrogenated vegetable fats like our modern technology has given us!  Yeah – we all thought we were getting healthy eating buckets of margerine and crisco about 10 years ago, didn’t we?

I have to say, I was a bit dubious about using lard.  I started to read about it, and found out that there is a whole lard movement out there (I guess these days everything has a movement, though), and that we may need to rethink what we once thought about using lard.  Of course I’m not saying we should be spreading it on our bread every day or eating it off of a spoon.  Everything in moderation!

We had a great day at the Denison Market on Sunday, and the great people at Stonyledge Farm brought pork suet with them this weekend.  They kindly sent us home with a couple of pounds to try, and this afternoon I performed my first rendering and made my own lard!

Of course I had to capture photos throughout the process for you!

I chopped it up in about 1/2 inch cubes initially, and placed it in a deep pot with a heavy bottom.

Here’s a nice close up.

I kept the heat fairly low so that the fat would melt and not burn. 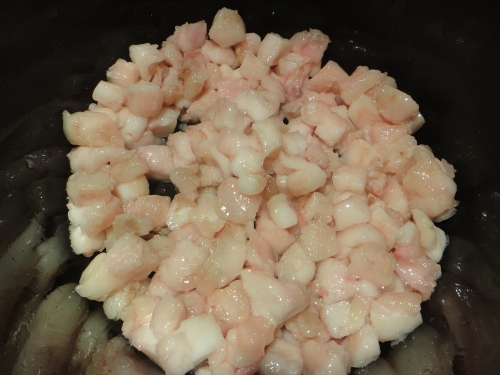 Now it’s getting a bit hotter.  The cracklings are starting to fry (basically, everything that doesn’t melt becomes crackling).

I skim out the cracklings, leaving the melted fat that will cool to become lard. 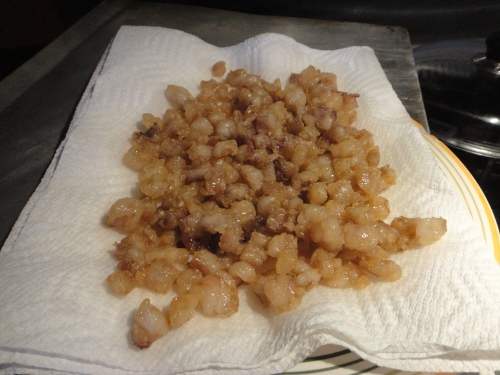 A coffee filter worked pretty well to filter it.  I figured it was more disposable than cheesecloth.

Here it is all strained.

Then we threw the cracklings in for a bit longer to get crisper.

A bit more fat resulted – this will be tucked away for more savory cooking.

And…a couple of hours later…the finished product – all ready for an awesome pastry recipe!  Hmm…it’s about time we made some apple pies! 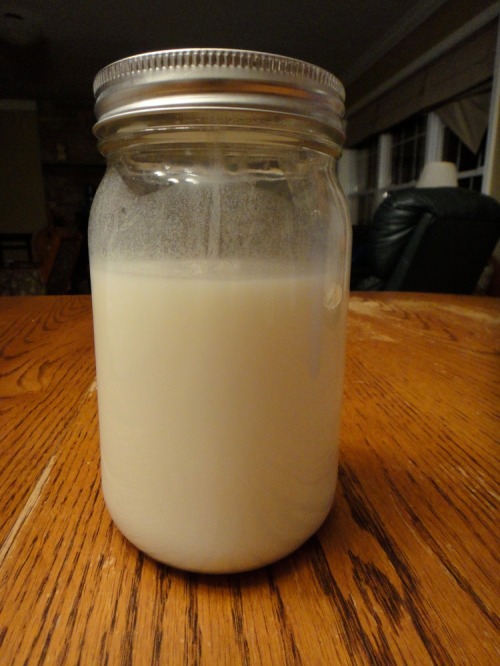