Had you stopped by our farm last night you would have thought that some chicken smugglers were hard at work under cover of darkness!

Actually, it was our entire family of 10 working together to move 20 young layer hens from their temporary home to their new home with nearly 30 older layers!

This is the third time we’ve done this, and hands down, the best time to merge flocks is after dark, after they’ve roosted for the night.  They are so calm that they don’t even notice that they have a new neighbor on the roost with them.

So we brought the 20 new pullets to join with the old hens, mixing them up a little on the new and old roosts.  Today they’ll have a cozy day locked in the henhouse so that the older hens can establish their pecking order with the new girls and show them around the place.  We’re hopeful that the new girls, who have just started laying, will adapt to using nesting boxes (they haven’t had them up until now) by following the older hens’ lead.

Plan is to then let them out into the small hen yard, blocking them off from the big fields until they learn where their new home is.  After a few days they’ll get run of the pastures and they should quickly adapt to their new routine.

One very cool thing about the henhouse (or perhaps I should say “warm” thing) is that we ran out of time putting up the battens, so there were still some gaps that would have let in cold air near the upper roosts.  Some of us took off-cuts from the spring shearing and stuffed them into the gaps to help seal them temporarily!

Sure did the trick! 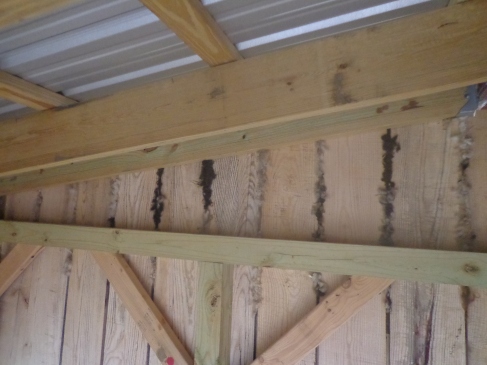 Here’s the nesting box side…

And the old door, now the new door! 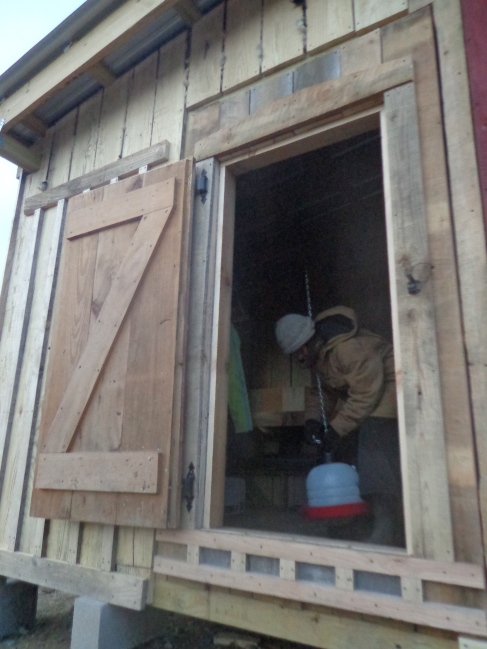 We’ll soon have LOTS of eggs available and will be able to re-open our roadside sales here in North Stonington in a month or two!  Stay tuned!